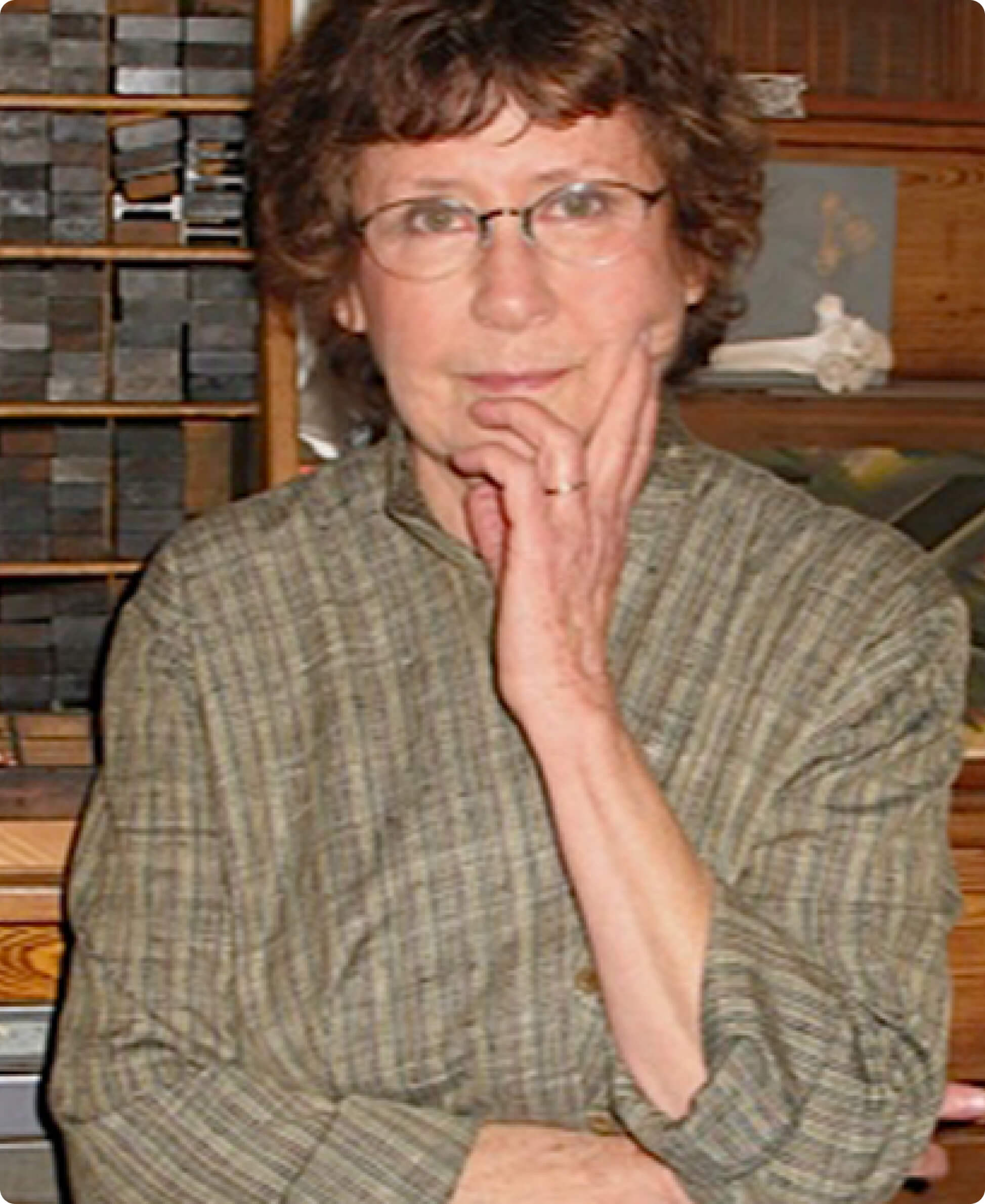 Carolee Campbell inaugurated Ninja Press in Sherman Oaks, California in 1984. She publishes limited editions of contemporary poetry, in the main, which she designs, handsets in metal type, prints letterpress, binds, and often illustrates.

Her work is heavily influenced both by her extensive experience as a photographer and by her distinguished career as an actor which she left behind in 1976 after she was awarded with an Emmy. From the outset, one of Ninja Press’s primary mandates has been to strive for the highest standards of excellence in craftsmanship and quality while exploring new approaches to the union between word, image, and book structure. Ninja Press books are collected by many of the world’s great libraries, including The Getty Research Institute, the Library of Congress, the New York Public Library, and The British Library.

The entire Ninja Press archive is held in the Davidson Library Special Collections Department at the University of California, Santa Barbara.

Carolee serves on the Board of Directors of The Codex Foundation, The Book Club of California, as well as the Joy2Learn Foundation.