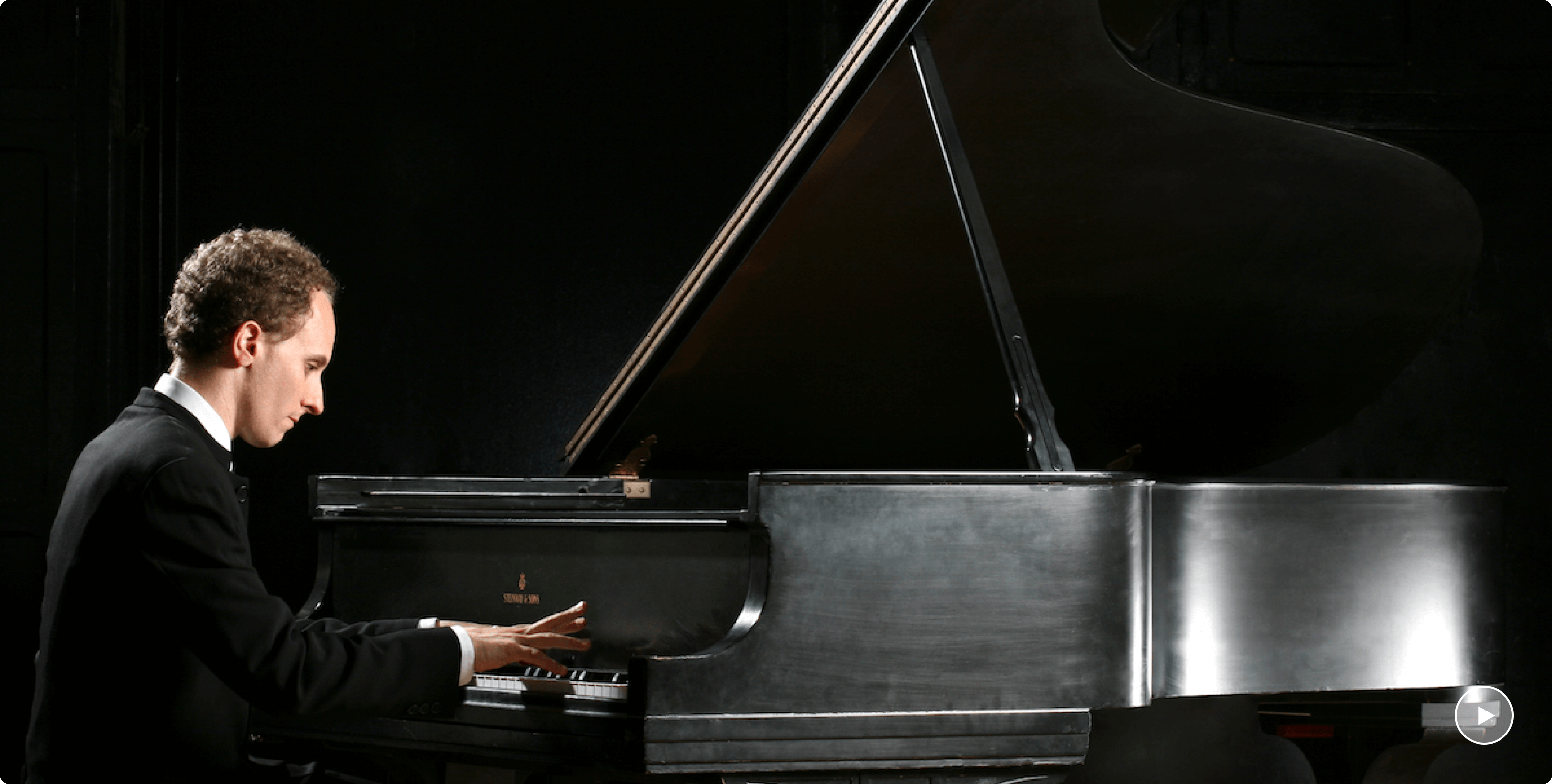 Listen to Alan perform some of his favorite piano music and learn why he loves classical music. He will teach you about the piano, the composer’s lives, and you’ll experience Alan play and talk about musical pieces by Chopin, Debussy, Gershwin, Rimsky Korsakov, and Stravinsky

Alan Gampel is a virtuoso pianist living in Paris. France.

Born into an artistic family that includes the legendary harpsichordist Wanda Landowska, http://gampel.com made his debut playing Beethoven variations at the age of seven at the Hollywood Bowl. He was honored with The Special Award in the Arts from UNICEF at age eight and with the Presidential Scholars Award at the White House at age sixteen. After graduating from Stanford University and completing a graduate degree at the University of Southern California, he moved to Paris. Auditions for eminent musicians including Sir Georg Solti, Sir Yehudi Menuhin and Daniel Barenboim led to studies and performances throughout Europe.

During the 2000 season, Alan gave an extensive international recital tour celebrating Chopin’s 150th anniversary. He incorporated numerous informal appearances at public schools in conjunction with this tour. Over the years his passion for introducing classical music to young people has led him to make these voluntary children’s concerts a staple of his tours. He recently created the Joy2Learn Foundation bringing arts into classrooms across America.