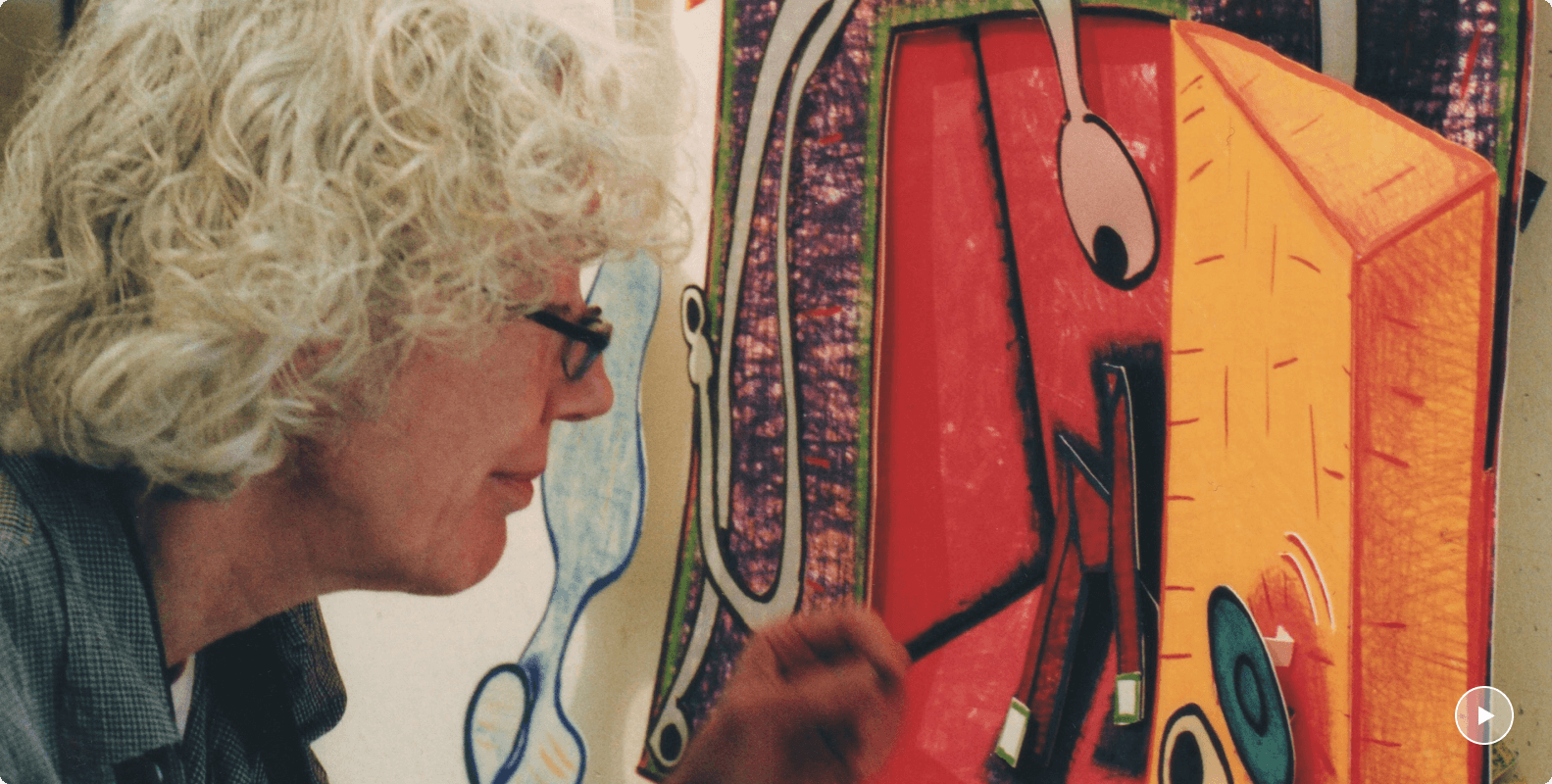 Anything can be art. Artists find influence in the world around them. Discover Elizabeth Murray’s gallery of paintings. Listen to stories about her growing up, her time in the studio, her tools, and other artists - Jasper Johns, Andy Warhol, Willem de Kooning, and Pablo Picasso- that have influenced her work throughout the years.

Elizabeth Murray was an American painter, printmaker and draughtsman.

Elizabeth Murray was born in Chicago in 1940. She earned a BFA at the Art Institute of Chicago and an MFA from Mills College in Oakland, California. She began painting at an early age and was encouraged to pursue her art by her parents. In high school she had a teacher who had a passion for the arts and encouraged her to experiment.

Today Murray’s distinctively constructed paintings jut out from the wall in sculptural form, blurring the line between paintings in two-dimensional form and painting as objects. She uses watercolors playfully and brings to life everyday objects, such as cups, drawers, utensils, chairs, and tables. These familiar objects are matched with cartoonish fingers and floating eyeballs, images that are as nightmarish as they are goofy. Taken as a whole, Murray’s paintings are abstract compositions rendered in bold colors and multiple layers of paint. But the details of the paintings reveal a fascination with dream states and the psychological aspect of domestic life.

The recipient of many awards, Murray received the Skowhegan Medal in Painting in 1986, the Larry Aldrich Prize in Contemporary Art in 1993, and a John D. and Catherine T. MacArthur Foundation Award in 1999. Her work is featured in many collections, including the Walker Art Center, the Museum of Modern Art, the Solomon R. Guggenheim Museum, the Art Institute of Chicago, and the Museum of Contemporary Art, Los Angeles.