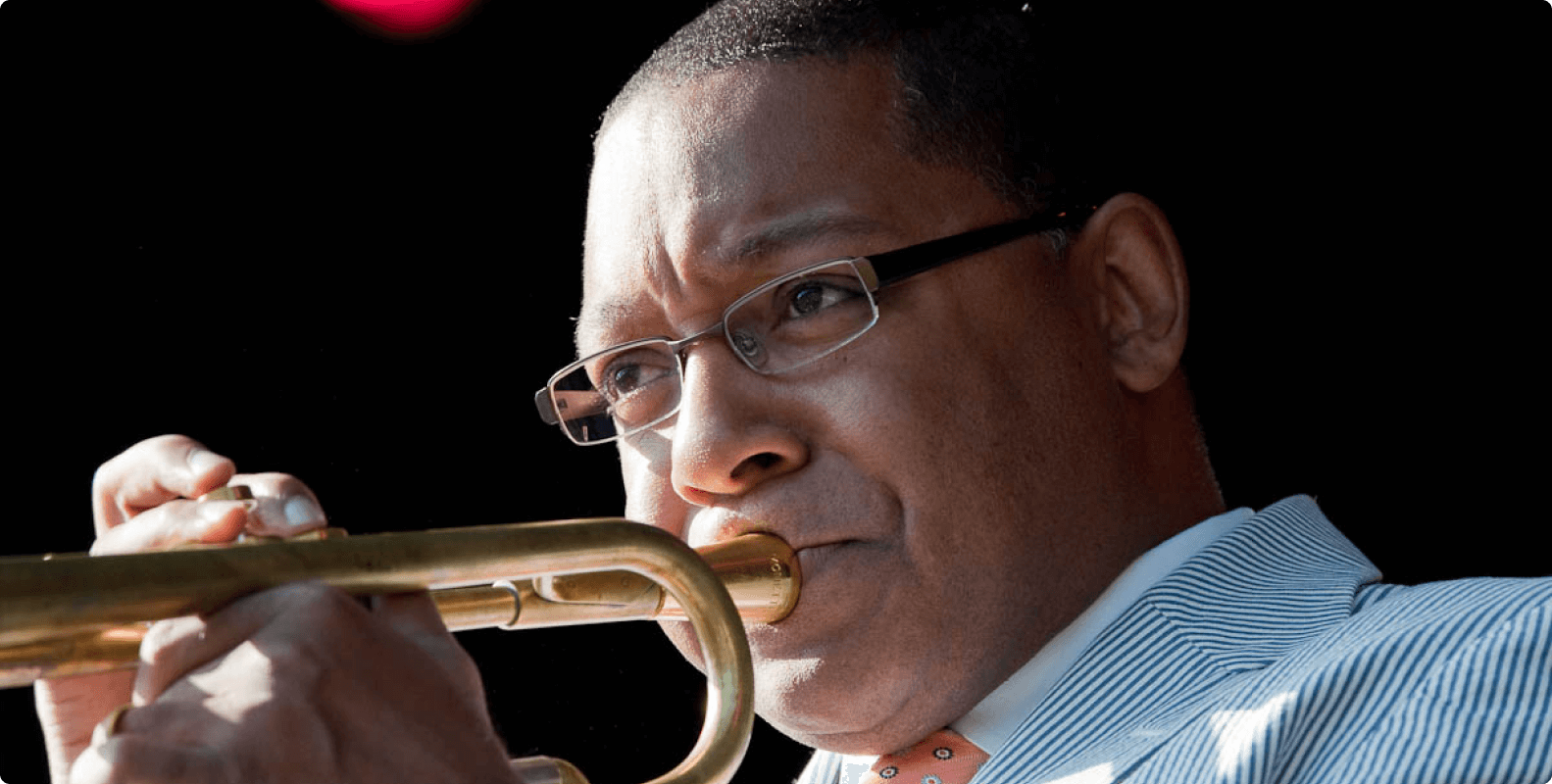 How does music make you feel? Go through a musical journey with Winton Marsalis to learn about jazz and how it taps into many aspects of American life. You will learn about the history of jazz, the nuts and bolts of making jazz music and about the trumpet – Winton Marsalis’ instrument of choice.

Wynton Marsalis is the second of six sons born into a musical family in New Orleans. Marsalis received his first trumpet at six and played in public at age seven. At fourteen he made his debut with the New Orleans Philharmonic Orchestra. A straight-A student, Marsalis graduated from high school with honors and entered the Juilliard School of Music in New York City at age eighteen. In the summer of 1980, the young trumpeter joined Art Blakey’s Jazz Messengers and signed a recording contract with Columbia Records. The next year Marsalis toured with Herbie Hancock, who later produced his first album. During the 1980s and early 1990s, Marsalis took jazz bands to thirty countries on six continents, performing more than 120 concerts a year. Over the past few years he has concentrated on composing, studying, and teaching, as well as performing and recording. He has scored music for dance, movies, and television.

Since his first self-titled debut album was released in 1982, Marsalis has recorded over thirty jazz and classical albums on major record labels. He has been nominated for fifteen Grammy Awards and to date has won six for his jazz recordings and two for classical recordings.

Marsalis has devoted a great deal of time and effort to music education. He co-founded the internationally acclaimed Jazz at Lincoln Center program, which includes his popular Sunday series, Jazz for Young People. While on the road with his bands and with the Lincoln Center Jazz Orchestra, Marsalis regularly conducts master classes in local schools.

His prominent position in the performing arts was secured in April 1997, when he became the first jazz artist to be awarded the prestigious Pulitzer Prize in music for his work Blood on the Fields, commissioned by Jazz at Lincoln Center. Additionally, Marsalis was named one of “America’s 25 Most Influential People” by Time magazine and one of “The 50 Most Influential Boomers” by Life magazine in recognition of his critical role in stimulating an increased awareness of jazz. In March 2001, Marsalis was awarded the United Nations designation of “Messenger of Peace” by UN Secretary-General Kofi Annan, and in June 2002, received the Congressional “Horizon Award.”

Wynton Marsalis talks about his life in music, the history of jazz, the nuts and bolts of making jazz music, as well as his instrument – the trumpet – in Jazz with Wynton Marsalis.