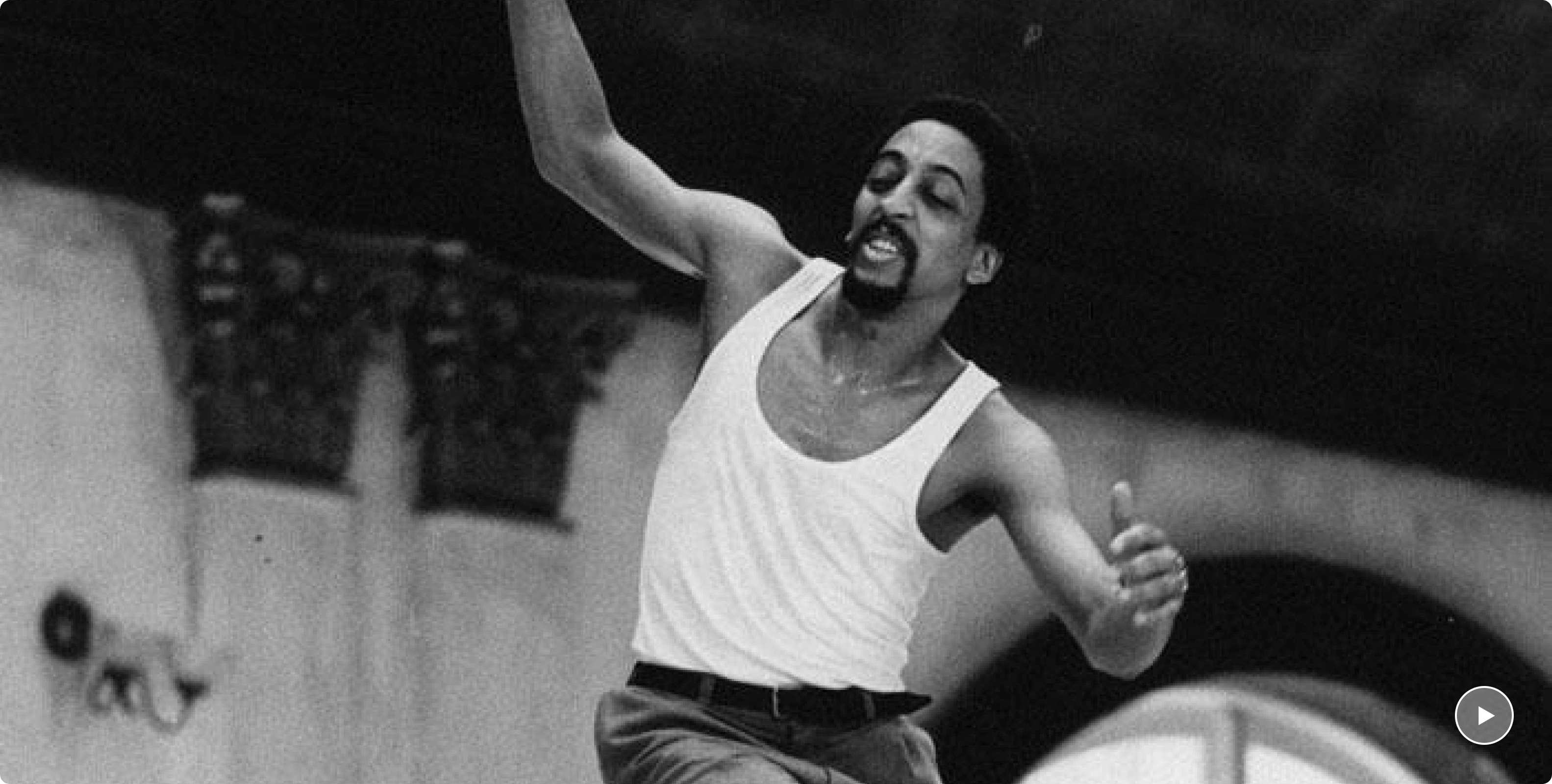 Go on a tap dancing tour with Gregory Hines. He will teach you about the origins of tap dancing, and the evolution of the art form. He will share the history of some of the greatest tap dancers and how they influenced tap dancing over time.

Gregory Hines was an American dancer, actor, singer, and choreographer.

Involved in show business from childhood, Gregory Hines grew up to be a highly acclaimed tap dancer, choreographer, dramatic and comic actor, singer, and director. When he was five years old he teamed with his older brothers in a dance act called the Hines Kids. The Hines Kids spent much of their early careers dancing at the Apollo Theater, a famous club in Harlem in New York. At age eight, he debuted on Broadway in the musical The Girl in Pink Tights (1954). After a ten-year stint on the nightclub circuit and on television. Hines left his brothers to form a jazz-rock group. He eventually came back to New York, where he launched a distinguished Broadway career that garnered him a Tony (for playing Jelly Roll Morton in George C. Wolfe’s musical tribute Jelly’s Last Jam in 1992), three additional Tony nominations, and a Theater World Award.

Hines made his feature-film debut in Mel Brooks’ all-star farce The History of the World, Pt. I. In film, Hines has proven himself a versatile actor and he has starred in everything from musical dramas in which he showed off his dancing ability (The Cotton Club and White Nights, in which he starred opposite ballet superstar Mikhail Baryshnikov), to straight dramas (The Preacher’s Wife), comedy (Renaissance Man), sci-fi/horror (Wolfen), and action films (Running Scared). In 1994, Hines made his directorial bow with Bleeding Hearts. In 1997, he starred in the CBS family comedy The Gregory Hines Show as a single father who has trouble reentering the dating scene, followed by appearances on such popular small screen staples as Will and Grace. In addition he provided voice work for the Blues Clues Adventure, Big Blue’s Threasure Hunt and the popular children’s series Little Bill. Moving into the new millennium Hines appeared in such features as Things You Can Tell Just by Looking at Her (2000) and the made-for-television biopic Bojangles (2001), in which he portrayed the title role of legendary dancer Bill “Bojangles” Robinson. Following a supporting role in the television series Lost at Home, Hines made his final film appearance in the 2003 feature The Root.

On August 9, 2003, Gregory Hines died in Los Angeles at 57, and the lights of Broadway were dimmed in his honor three days after his untimely death.

Follow along as Gregory Hines take you on a tour of tap dancing, including the history of tap, techniques of tap, and some of the great tap dancers and what they brought to the art form in Dancing with Gregory Hines.